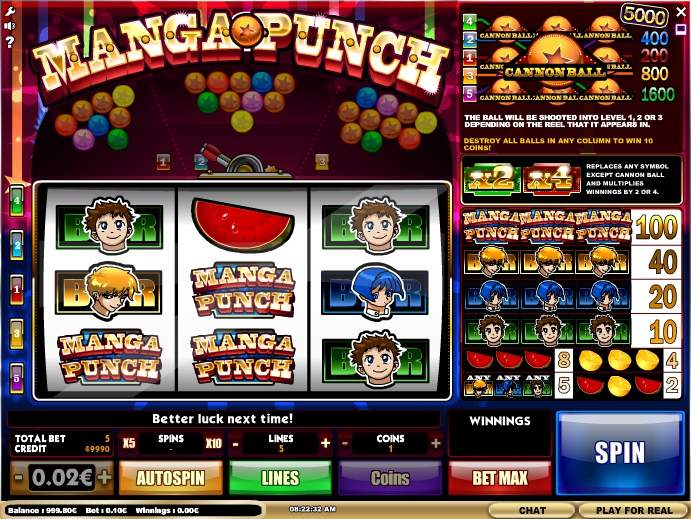 There are numerous manga comics with great casino adventures: storylines with a key focus on gambling. Such make interesting reads it’s no wonder they have become so popular, especially among gamblers. Look forward to never seen before characters entangled in fantastic plots. Most of them are involved in high stakes games and must do their best. The series provide characters who depend on gambling to survive, or for fame, with a lot at stake.

Manga is a term referring to comics from Japan. They feature various topics, including comedy, mystery, sports, business, adventure, gambling, among others. The stories are often published as series in magazines or paper books. Great ones are often adapted into TV shows and films. They are very popular in Japan making it a multi-billion industry. We’ve compiled a list of the best gambling related manga that may interest you. They include;

Kaiji is a classic gambling Japanese manga series launched in 1996. Over the years, there have been developments in the series. The series is divided into six parts, and some, like Kaiji: Ultimate Survivor, was adapted into anime TV series. The latest section released in 2017 is titled, Tobaku Datenroku Kaiji. Renown manga author Nobuyuki Fukumoto presents an intriguing tale that has become one of the most beloved, series. It tells the story of a gambling lover and his ups and downs throughout his gambling activities.

The main character is a young jobless man trying to make a living during a hard economic time. He spends most of his time playing cheap pranks, gambling, taking alcohol, and smoking cigarettes. He must use his gambling skills to get out of the numerous challenges he faces especially debts. With this vast storyline and hidden gambling skills, it’s no wonder Kaiji is so popular. Check and note the right time to play slots a detailed procedure to follow to ensure you gain.

Another great gambling manga worth reading is Gin to Kin, a very engaging series around since 1992. It’s by Nobuyuki Fukumoto and consists of 108 chapters. In 2017, a TV drama series with the same title was broadcast.

The story highlights dirty underground deals between low-profile men and politicians. It narrates the struggles of life and having to survive dangerous surroundings, including getting away from murderers. Follow Morita Testua, throughout his journey and see how gambling plays a key role in his endeavors. He is stressed up for being unsuccessful and resorts to gambling. His life changes once he meets Hirai, Ginji, a person involved in mysterious activities in an evil society. He introduces Morita to high-stake gambling, where he has to overcome stiff competition trying to become the ‘Kin.’

This popular series won numerous awards, making it one of the best gambling manga series. It was written by Fumei Sai and was first published in 1997. The story was adapted into an anime television series between 2000 and 2001. Legendary Gambler Tetsuya has won several awards proving how excellent it is.

It has an exciting storyline about Shinjuku’s people and their struggles after World War 2. They have run out of luck, and money becomes a problem. For many of them, the only way out is gambling. The story focuses on the competition between Tetsuya and another skilled player Boushu-san.

Another impressive manga series is Liar Game, first appearing in 2005. It’s a psychological thriller filled with suspense. A TV series of this comic was released in 2007 and its sequel in 2009.

The plot revolves around an honest college student who has to participate in a game full of lies. She receives a package with huge amounts of money and must play the Liar Game Tournament. With a lot of twists and turns, this story will improve your gambling experience.

Gamble fish is a Japanese series by Aoyama Hiromi. The series ran between 2007 and 2010. The setting is at an elite school, Shishidou Academy, and centres around a new transfer student who is into gambling. Tomu Shirasagi is a 14-year old boy who after recognizing his gambling skills, uses it to con other students. There is some mystery surrounding his past and the school seems to have a dark history. His mission is to seek revenge through a series of gambling matches.

Akagi: The Genius Who Descended into Darkness is another of Nobuyuki Fukumoto’s gambling-related manga series. It’s a classic story published in 1991 and was adapted into a film, books, and video games.

The story is about a boy named Shigeru Akagi, who carries a mythical status after dominating the Mahjong game. Mahjong is a Chinese tile-based game. Akagi becomes a legend after beating a yakuza member. He disappears but much later returns for yet another big match against his bitter rival who is now ‘king of the underworld.’ There are other interesting colossal reels slot machines, see and exclusive guide on how to join and play.

Usogui, which means The Lie Eater, is a captivating manga released in 2005. This series by Toshio Sako was also adapted into video animation released in 2012. The plot is about a character Baku Madarame nicknamed Usogui, who loves betting so much that he is willing to bet his life. However, all gamblers are under the watchful eye of a powerful organization, Kagerou, which oversees all game.

Some of the dangerous games Usogoi is involved in include Hangman, Old Maid, and Escape the Abandoned Building. His plan to take full control of Kagerou and high-stakes gambling makes it a thrilling story that will keep you entertained. This series offers many life lessons that many gamblers may find helpful.

These are some of the best gambling manga you’ll ever come across. Some are classic and date years back while others are more modern. All of them have captivating plots related to gambling and are good reads. If you love storylines that are full of suspense and with risky situations, check out these great mangas. There are other slots with cascading reels that are enjoyable and easy to make a kill.