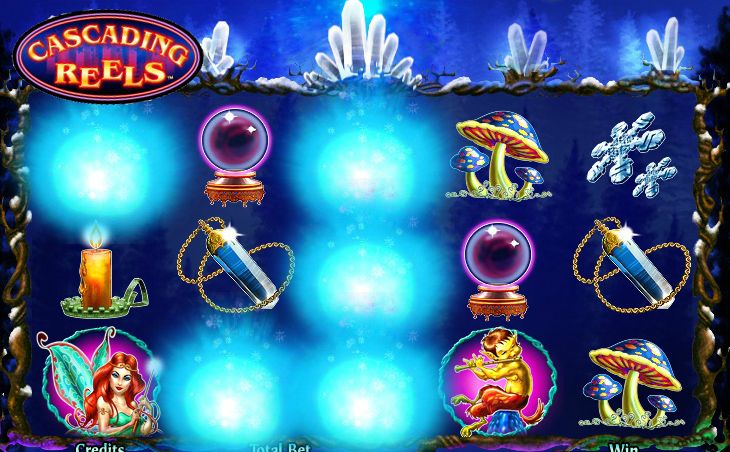 Modern slot machines have new features that are more entertaining. One popular feature that both online and casino players love is the cascading reels. Many software providers are now integrating it into slot games, making them fun and exciting to play. Other slot phrases to describe it include, tumbling reels, rolling reels, falling reels, avalanching reels, swooping reels, or collapsing reels. It’s a video slot that creates more opportunities to win, unlike games with only one pay line. The traditional symbols will vanish, creating space for new ones that replace them. If lucky, you can get a bonus round that can increase your earnings or try the other casino where you can spin and win prizes.

Cascading reels are similar to how games such as Tetris and Gemix, operate. Every winning formula that includes a combination of symbols creates room for more symbols to drop down and occupy the space through video animation. You will receive your payment for the wins, as the symbols explode and disappear from the screen. Other new symbols will come up, creating a unique combination. That way, the probability of you landing another winning combination or a potential bonus game is high.

In case of another win, more symbols will cascade down the reels. It’s no wonder many prefer slots with cascading reels as compared to traditional slot machines. Players take advantage of this video game graphics to play more. There are different slots machines for different players, this is based on the player preference and game type. With online casinos, players can view the pay table with all its payout for different symbols combinations and the jackpot.

There is a difference between the two in terms of how the symbols appear on the screen. With standard reels, you have to spin the reels, unlike cascading, where the reels fall. You may be familiar with standard spinning reels since they are a common feature in many slot products. Cascading reels adds a new element and has more opportunities to further winnings because players can win consecutively. That one spin can open additional in-game features.

Though there are many variations of the game, they are almost similar. All of them that have integrated this advanced feature operates the same way. Here are a few examples.

As the name implies, this entertaining video slot from NetEnt studios takes you to Egypt. The five reels game provides 720 different ways of winning. The reels are stacked in a pyramid shape, while the backdrop symbols provide a beautiful Egyptian setting. Expect some multipliers and random wilds as you play, which will help increase your earnings. When you win an avalanche three times, your multipliers go up by one. Though the game appears risky, experienced players can make the most out of it.

Another game that has this fun feature is Viking Runecraft by Play n GO. The best thing about this game is its high variance, allowing players to get low paying wins, but more frequently. Relieve the Viking experience though the theme that consists of 7 reels and seven rows. A single spin can give you a payout of up to 5000 times your stake.

On the left of the reels is a meter that charges every time the cascades are active. Players can then unlock other valuable features (godly features) that can remove, destroy, or transform a symbol. All these icons help increase your chances of hitting more winning combinations.

Bonanza, by Megaways, also makes this list of online cascading slots. It’s a thrilling game to look forward to thanks to the six reels and 117, 649 opportunities to win. Bonanza is one of the best base games because you can get a high number of ways to win on just one spin. You can get consecutive cascades that translate to big wins.

Your chances of winning can skyrocket instantly since the number of symbols keeps changing on the reels. It can easily switch from one to seven. Though you may get many low-paying symbols during the base game, things spice up once you activate the free spins bonus.

Every time you win, you not only get the cascades but an increase in the multipliers. Free spins can give you up to 12x. The more scatters you get, the more opportunities for wins.

This game is by Microgaming and excitingly integrates the tumbling feature. Its theme is similar to Aztec explorer, but here we have a more modern explorer named Jim. It has a total of 25 paylines, with the minimum bet for each spin being 0.25.

Jungle Jim is slightly different from other cascades with its five multipliers, ranging from one to five. You’ll require many cascades to activate them. The only time you can enjoy the x12 multiplier is when you get free spins. All this may seem to much if you are new in the casino world. Check some tips if you are a new casino player just to guide you on how everything id done.

It’s a fun game to play that can give you numerous chances to win even if you spin once.

NetEnt presents Gonzo’s Quest, one of the most popular cascading slots. In addition to its beautiful graphics and theme, this slot game has a lot to offer. It features 20 paylines, five reels, and has a volatility of medium to high.

The avalanching reels have x5, x3, x2, and x1, multipliers on each consecutive cascade. The minimum bet is 0.20, while the maximum is 50.00. The free spins game is more entertaining, giving you a chance to unveil higher multipliers of up to x15.

Overall, cascading reels when in combination with other features such as multipliers offer thrilling gaming experience. As compared to traditional standard reels, it is more appealing, thanks to the video animations. The bonus games, free spins, and changing multipliers is music to players’ ears. You may try out the free slot games on your mobile or computer to understand the game’s mechanics. Take advantage of the many opportunities available for potential big wins.