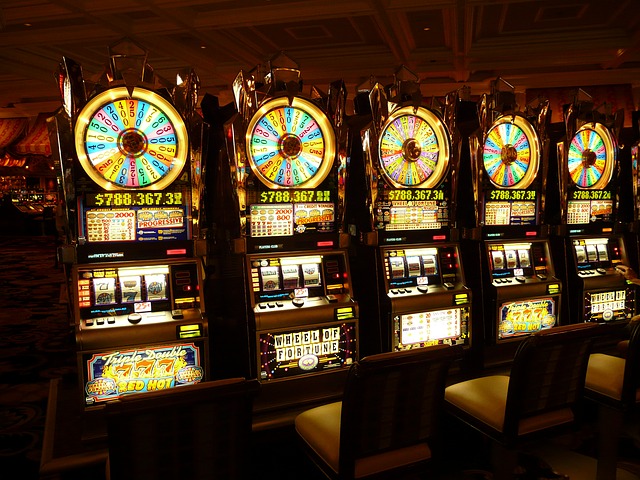 Slot machines offer lucrative games for the house and the players, making them attractive to gamblers globally. However, the probability of winning is always minimal, which makes players try to invent tricks to beat the machines. Since invention, slot machines have been a cat-and-mouse game between the house and the players as they try to cheat the house for huge payouts. Although in the modern times there are more advanced online casino like spin to win real money.

Some of the tricks gamblers use on slot machines, although some don’t work today, include:

Gambling authorities aim to ensure fairness in the gambling industry. It entails using engineers who design slot machines and monitor how they work. Machines are audited regularly for the delivery of fair outcomes as well as randomness. However, not all engineers are trustworthy, and some trick the code for their advantage.

Ronald Dale Harris, who worked for the Nevada Gambling Commission, is one of the famous slot cheats who manipulated slot machines. For years he knew the source codes, which he used to cheat the machines. It wasn’t until 1995 when his scam was discovered when his partner won $100,000 on a Keno Game.

Shaved coins are another famous approach for cheating slot machines though it is not primarily relevant today. With technological advancement, slot machines today use light sensors to record payments. Previously, many devices used an optic sensor that worked independently from the physical comparator.

Here you would insert a shaved coin simultaneously with an object that blended the size and shape of the desired stake coin. The machine would return the shaved coin while the rest of the objects would rest in the machine and trigger the play. You can explore other tricks like how to slow role in poker.

The modern slot machines are controlled by computers but not magnetic software, which makes it difficult to cheat the new machines. However, cheaters would use this method to cheat on machines made of metal. Players would spin the reels and attach a powerful magnet to the outer part of the slot machine.

A magnet would stop the machine from spinning after identifying the winning combination. The cheaters would then plug out the magnet immediately after the reel stops, and they would receive their payments. Although it was not a complicated trick, players would still make huge money from the magnet trick.

Fake coins have been used throughout to cheat slot machines. Louis, “The Con” Colavecchio, was a famous con artist who used counterfeit coins to cheat casinos for many years until he was arrested in 1999.

In 2006, he was released but continued with his old tricks and was re-arrested a few months later.

This was a simple technique used to scam slot machines. Gamblers would send a coin into the machine with a string attached to it until the coin triggered the game to start. After activating the game, the coin will be pulled out using the string. Although this method is old, you would see big wins when it worked.

Tommy Glenn Carmichael, regarded as the most infamous slot cheat, is responsible for light wand. Through his light wand, he would make jackpot wins appear magically out of nowhere. The purpose of the light wand was to blind the slot machine’s optical sensor so that it couldn’t know the number of coins deposited.

This made the machine unable to determine how much to pay or when to pay, and Tommy would utilize this to turn his small wins into massive payouts.

Carmichael, the inventor of the light wand, was the creator of the monkey paw. Before building the final and correct product, he sampled his new methods on a video poker machine.

The monkey paw was not complicated; he picked a bent metal rod and attached a guitar string to it. He would push it into the air vent of the machine and twist it around until he triggered the coin payout switch.

This is one of the most popular and cunning trick slot machine methods used in the 1970s and 1980s by scammers. They used a unique tool that was divided into two parts.

Denis Nikrasch invented this method of tricking the slot machine. He purchased a slot machine and dismantled it to understand its weakness. Denis realized that the machine’s computer chips could be re-programmed and set so that it pays out the jackpot when tapped.

Nikrasch hired a team of scammers and bought a number of these chips. He accessed several slot machine keys and, together with his team, started to alter them. For many years, he was able to reap big from casinos by replacing independent chips with manipulated ones.

Software malfunction has been used to trick slot machines for a long time. The glitch is achieved by playing a specific pattern of games and stakes that confuse the slot machine triggering a malfunction that cashed out the jackpot.

Many slot machine trickers have leaped from this method for years, but it has also been why many jackpot winners have been denied their winning. The freshest incident occurred in 2015 when Pauline McKee, a 90 years old granny from Chicago, won $41 million on a Miss Kitty slot machine.

McKee tried to sue the casino for her winnings, but her final appeal was rejected three years later as the court used historical instances where casinos were scammed to rule in their favor.

This method of tricking slot machines is simple but very effective. A Bill validator is a small gadget overlapped around the bill to deceive the slot machine. This method confuses the slot in a way that it will think it is accepting a $100 bill while, in reality, it is getting a $1 bill.

The method is rumored to have been invented by two well-known scammers, Uncle Fuzz and Billy Joe, in the Nevada bar.

Some players use different bugs to try to trick slot machines. Whether on a mobile or a computer, you probably have experienced some bugs. The same scenario happens with slot machines.

For instance, you can discover a bug in roulette that enables you to place and cancel the wager and still receive the credit back. With this technique, you can be in the game for a long time without losing your money. However, you risk being punished for irregularities and even jailed for such actions if caught doing such practices.

It is possible to trick slot machines, but it requires skills and connections. Some techniques used to cheat slot machines used to work, but they have become redundant with technological development. However, these tricks are illegal in most countries, and you risk being kicked out or even sentenced to jail if caught using them.